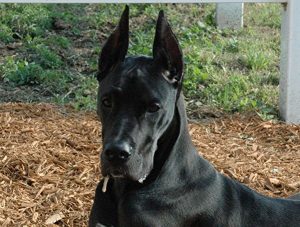 A woman was rushed to the hospital after suffering injuries while walking her dog in Collinsville, Virginia last month. The victim was heading down Autumn Drive with her dog when she was approached by two Great Danes. They began barking and lunging at the woman and her pet, eventually biting her arm and ear before turning to her dog. Tragically, her pet was mauled to death. The woman was taken to the hospital for treatment, but no update on her condition has been made public.

The Danger of the Pack

Dogs have been bred to be man’s best friend. When they are let off-leash, though, their drive to hunt supersedes any command their owner might give. This is especially true when multiple dogs are allowed to roam the streets together. Even the best-behaved pets can turn vicious when they are left to their own devices. The pack mentality takes over any training they might have had, and passersby become prey.

Dog owners have a duty to protect their pets and the public at large from attacks. In Virginia, dogs must be on a leash when in public. While it’s not clear who owns these particular Great Danes or how they came to be roaming the streets unrestrained, their actions have had tragic consequences. The victim may be owed compensation from the owner of the Great Danes. Medical costs, lost wages, and cremation expenses for her dog may be included in a settlement.

Virginia dog bite lawyer Richard Serpe has 34+ years of experience helping victims of personal injuries. We have helped numerous victims to get the compensation they deserve. These clients include children, adults, mail carriers, delivery drivers, joggers, pedestrians, and others.