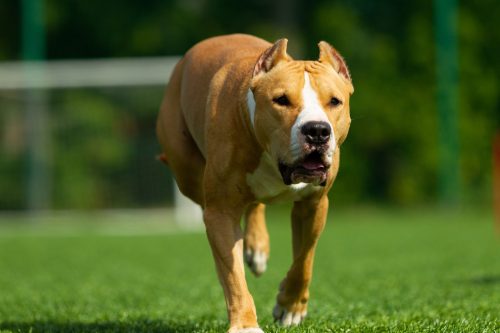 Two dog owners have been charged with involuntary manslaughter following a vicious, deadly attack in Georgia. Police say the pair are the owners of two pit bulls and a Labrador retriever mix involved in the incident that occurred last month in Crawford County. According to news reports, the dogs lived next door to the victim, repeatedly causing problems for neighbors when they got loose in the area. When the 76-year-old victim was found dead in his front yard with bite marks on his body, it wasn’t hard for authorities to piece together what happened. As an autopsy later confirmed, the man was indeed killed by the dog attack.

Dog owners owe it to their pets and the public at large to keep their dogs restrained in their yard or on a leash. Even if a dog does not have a particularly violent history, it’s still illegal to allow it to run loose in public. While the investigation into this particular attack is still ongoing, it’s clear that the three dogs involved should not have been on their neighbor’s property unsupervised.

Justice for Victims of Dog Attacks

Families have the right to pursue legal action against negligent dog owners when the victim has suffered fatal injuries. The law allows surviving family members to file wrongful death claims on behalf of the deceased, giving them the chance to pursue financial compensation relating to the medical care, funeral costs and other damages caused because of the attack. While criminal charges against the dog owners is indeed a good start, the family of the victim should consider pursuing a civil case against them, too.

Virginia dog bite lawyer Richard Serpe has 33+ years of experience helping victims of personal injuries. We have helped numerous victims to get the compensation they deserve.

These clients include children, adults, mail carriers, delivery drivers, joggers, pedestrians, and others. Contact Richard Serpe if you’ve been attacked by someone else’s dog.